Our corporate governance practices support our core values of agility, passion, and teamwork.

These practices provide a framework for the proper operation of our company, consistent with our shareholders' best interests and the requirements of law.

AvePoint is committed to managing our affairs consistent with the highest principles of business ethics and corporate governance requirements of both federal law and Nasdaq, including the following:

Board of directors & committees 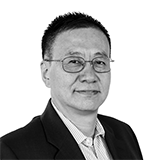 Xunkai Gong has served as AvePoint’s Chairman and Chief Executive Officer since its incorporation in 2001. Mr. Gong holds a master’s degree in computer engineering from University of Chinese Academy of Sciences, a master’s degree in computer science from Southern University and Agricultural and Mechanical College at Baton Rouge, and a bachelor’s degree in electrical and electronics engineering from Dalian University of Technology. We believe Mr. Gong is qualified to serve as a member of our board of directors due to technical experience and leadership of AvePoint for the last twenty years. 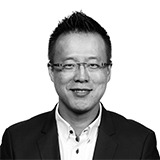 Dr. Tianyi Jiang (TJ) has served as AvePoint’s Chief Executive Officer and as a director since 2005. Dr. Jiang holds doctorate and master’s degrees in Data Mining from New York University in addition to a bachelor’s degree and master’s degree in Electrical and Computer Engineering from Cornell University. We believe Dr. Jiang is qualified to serve as a member of our board of directors because of his executive leadership experience and extensive experience in the fields of cloud computing and SaaS.

Brian Brown is AvePoint's Chief Legal and Compliance Officer, having held many leadership positions including Chief Operating Officer, General Counsel and as a director since 2004. Mr. Brown holds a bachelor’s degree from the University of Michigan and a Juris Doctor from Michigan State University. We believe Mr. Brown is qualified to serve as a member of our board of directors because of his executive leadership experience, extensive legal background, familiarity with SaaS company operations and acumen with respect to international entity formation and operations.

Stephen CuUnjieng has served as a member of AvePoint’s board of directors since February 2020. Mr. CuUnjieng served as Chairman of Evercore Asia Limited, an investment firm, from 2011 to 2020. Mr. CuUnjieng currently serves as an independent director of First Philippine Holdings Corporation, a position he has held since May 2018, and previously served as an independent director at Aboitiz Equity Ventures from 2010 to May 2018. From 2008 to 2017, Mr. CuUnjieng served as an Adviser to the Board of SM Investments Corporation. Mr. CuUnjieng earned an MBA from the University of Pennsylvania and a bachelor’s degree as well as a bachelor of laws degree from Ateneo de Manila University. We believe Mr. CuUnjieng is qualified to serve as a member of our board of directors because of his experience in finance and capital raising. 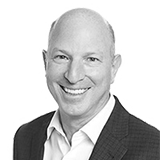 Chairman of the Compensation Committee
Member of the Nominating and Corporate Governance Committee.

Jeff Epstein, Apex’s Co-Chief Executive Officer, Chief Financial Officer and Secretary since inception, has since 2011 been an operating partner with Bessemer Venture Partners, a venture capital firm, where he primarily works with chief executive and financial officers to create substantial operational improvements. From 2008 to 2011, Mr. Epstein was executive vice president and chief financial officer of Oracle Corporation, a global technology company. Prior to joining Oracle, he served as chief financial officer of several public and private companies, including DoubleClick (sold to Google), King World Productions (sold to CBS) and Nielsen’s Media Measurement and Information Group. Earlier in his career, he was an investment banker at The First Boston Corporation. Today Mr. Epstein leads the CFO Advisory Board at Bessemer where more than 100 portfolio company CFOs meet in person and online to help each other improve their effectiveness. Mr. Epstein specializes in marketplaces and B2B software companies and co-teaches the Lean Launchpad class at Stanford University’s Graduate School of Engineering. Within the last five years he has served on the boards of directors of Kaiser Permanente, a non-profit healthcare company, Booking Holdings, an online provider of travel services, Twilio, a cloud communications platform, Shutterstock, a stock photography and stock footage provider, and several private companies. Mr. Epstein holds an MBA from the Stanford University Graduate School of Business, and a BA from Yale College. We believe Mr. Epstein is qualified to serve as a member of our board of directors because of his extensive industry and finance experience. 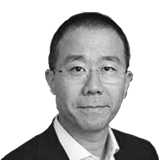 Chairman of the Audit Committee
Member of the Nominating and Corporate Governance Committee.

John Ho has served as a member of AvePoint’s board of directors since the consummation of the Business Combination. Since 2009, Mr. Ho has served as founder and chief industrialist investor of Janchor Partners. From January 2018 to July 2021, Mr. Ho served as a non-executive director for Vocus Group Limited, a telecommunications company, during the time it was listed on the ASX. From April 2017 to December 2019, he served as chairman of the board of directors of Bellamy’s Organic, an organic infant milk formula and baby food company listed on the ASX. From July 2014 to July 2019, he served on the listing committee for the Hong Kong Exchanges and Clearing Limited, including as deputy chairman. Mr. Ho received a bachelor of science degree in mathematics and a bachelor of commerce degree in finance from The University of New South Wales in Sydney, Australia. We believe Mr. Ho is qualified to serve as a member of our board of directors because of his experience in finance and as a director of public companies. 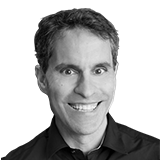 Jeff Teper has served as a member of AvePoint’s board of directors since December 2014. Mr. Teper has worked at Microsoft Corporation since March 1992 and currently holds the title Corporate Vice President. Mr. Teper holds an MBA from Harvard Business School. He also holds a bachelor’s degree from New York University. We believe Mr. Teper is qualified to serve as a member of our board of directors because of his executive leadership experience and extensive experience in the Microsoft ecosystem and his familiarity with the industry.